Choosing the right university is one of the most important decisions you will make in life. With so many quality degree courses out there, it is harder than ever to select the best university. This is especially the case for international students, who are applying from overseas. We have created this guide to help you find the right uni for you! 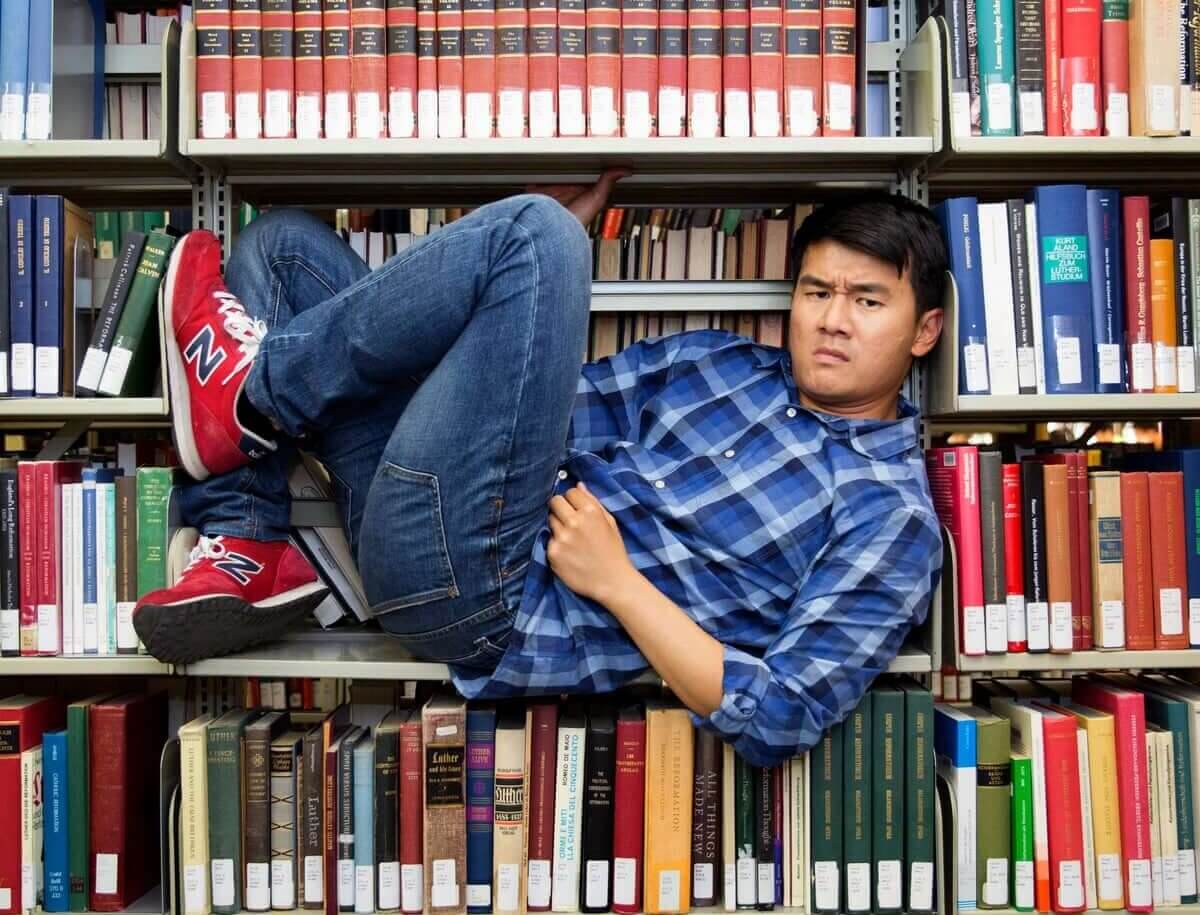 AOur research compared the 50 most popular universities in the UK. We compared these institutions using 5 main criteria, which we consider most important to international students. Only the top 10 universities (that scored 6.5+) then made it onto our list.

We ranked the 10 best UK universities for international students according to these criteria:

Each of these criteria has a score out of 10 (except International Students, which is shown as a percentage). We have also given each university an overall score to determine its ranking. The overall score is a combination of the 5 criteria, plus some minor considerations relating to each individual institution.

Sources used in this research guide:

Note: This is not a sponsored post and we have no affiliation with any of the universities listed here. The informational presented is based exclusively on our own independent research.

Southampton is a town by the sea in the south of England – so if you like beaches, then this could be a great choice for you! If you don’t like the fast pace of big cities, but still want to have some fun, Southampton offers a good balance. It isn’t a tourist trap, so doesn’t get as busy as other coastal towns in the UK.

Bear in mind that Southampton is not a Russell Group university (the best universities for education in the UK), but it does perform well in some important subjects, for example: Education, Engineering, and Manufacturing.

The cost of living is estimated at £10,000-£15,000 per year, and tuition fees range between £19,000-23,000. This makes Southampton quite affordable for international students when compared to other UK universities.

Cardiff is the only Welsh university on this list. Wales has a separate identity from England, with its own language, traditions and culture. There’s plenty to do in terms of entertainment and tourism. The city is located by the sea and has many castles and local sights of interest.

This university offers an excellent education, being one of the prestigious Russell Group colleges.

Cardiff is the cheapest of the UK’s 4 capital cities (London, Edinburgh, and Belfast being the others). In fact, it is one of the most affordable cities in all of the UK, with the cost of living estimated at around £8,000-12,000 per year.

The tuition fees range between £9,200-23,500 per annum for undergraduate degree courses.

Edinburgh is the only university on this list from Scotland. Like Wales, Scotland has its own unique identity as a nation. The old language of Scotland, Celtic, is no longer spoken by Scottish people. However, you might think they are speaking another language sometimes! Scottish accents are famous for being unique and can be hard to understand at first.

Many websites rank The University of Edinburgh among the top 5 Universities in the UK! Therefore, you can be sure of getting an excellent education here.

As the capital of Scotland, Edinburgh is a beautiful city – and a cheaper alternative to London. The estimated cost of living for Edinburgh is roughly £9,000-14,000 per year. 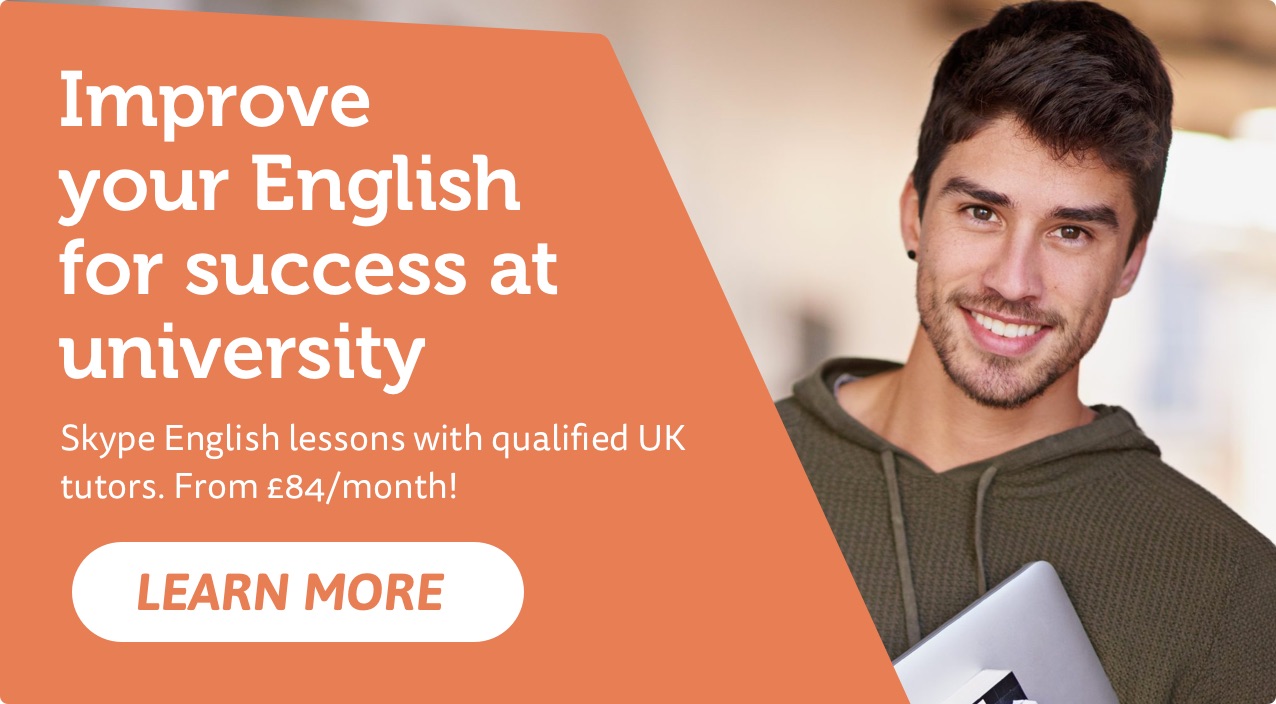 Tuition fees cost between £23,000-32,000 per annum, while degrees in medical disciplines cost up to £49,000. This is cheaper than London, but more expensive than e.g. Manchester.

If you are happy to live through a cold winter and want a vibrant city life, then Edinburgh could be the perfect university for you.

Some of the best subjects to study there include: Ecology, Geoscience, Engineering, Surgery, Neuroscience, Physics, Mechanical Engineering, Mathematics; and Biology.

Of course, living in London is a huge plus for many people – students or otherwise. You will never run out of tourist attractions to see or things to do! London also has a diverse international community. Making friends should be very easy here.

However, many of London’s strengths are also its weaknesses.

Due to its popularity, London is one of the most expensive cities in the world. Your estimated cost of living would be between £18,000-25,000 per year.

Tuition fees are also higher than average for the UK. Fees to attend Imperial College range between £31,000-46,000.

If you can afford it and you can get the grades required to be accepted, then Imperial College could be perfect for you! 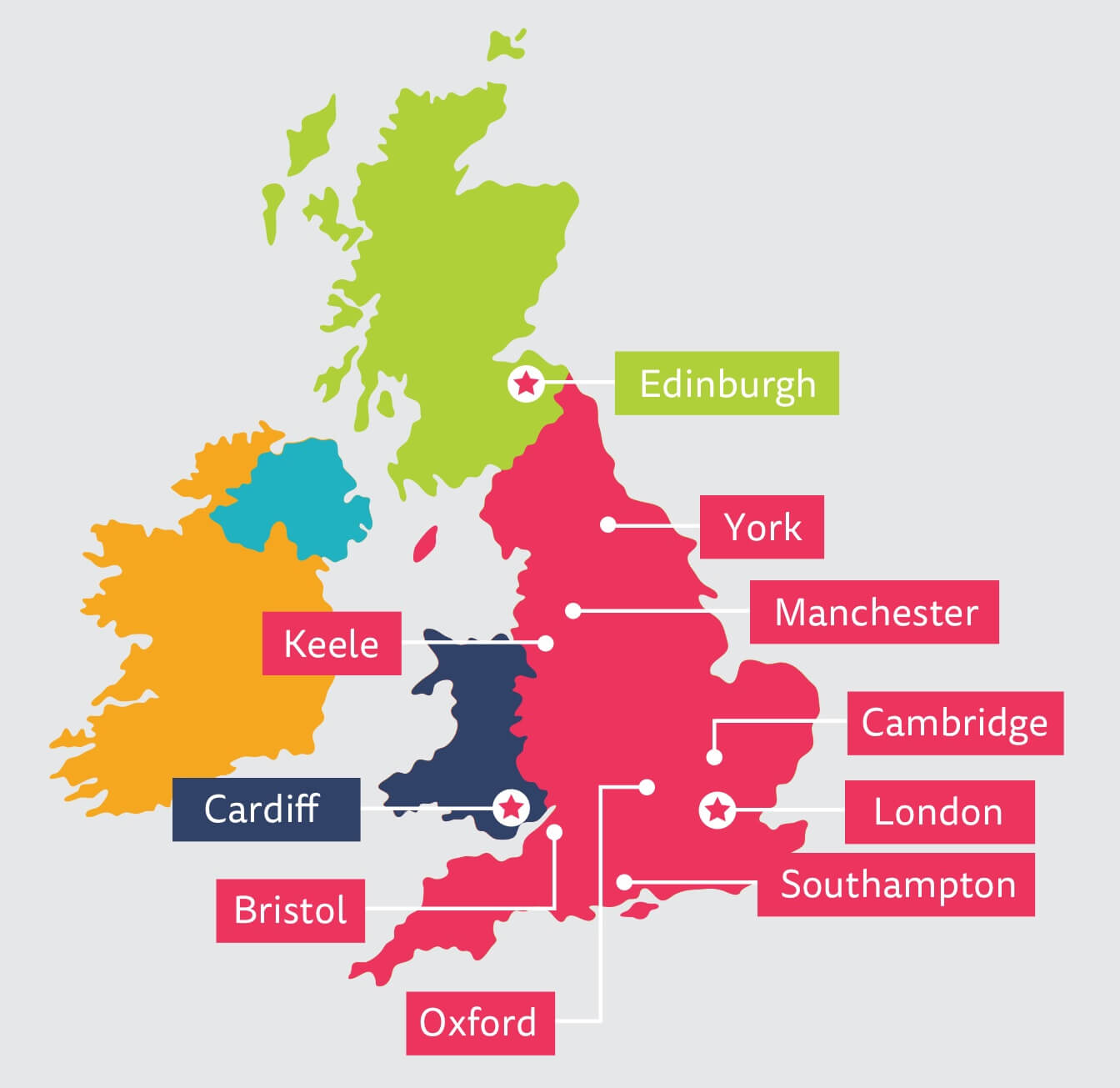 Keele is an underappreciated university in the UK. It is best known for its beautiful campus! Located in the countryside, this is the perfect university for students who love getting out in nature.

In addition, Keele is one of the most affordable places to study in the whole country. The cost of living is estimated between £6,000-10,000 per year, which is cheap for the UK.

Students love Keele for its “community feel”. People are friendly and support each other like a big family. This smaller community can be beneficial for your studies too. Smaller student bodies sometimes means that university staff can give you more individual attention.

That being said, the country lifestyle isn’t for everyone. Smaller places like this give you a smaller variety of activities to do. If you are from a big city, you may find this limiting.

Keele is not one of the Russell Group schools. So a degree from here doesn’t hold the same “prestige” as a degree from Oxford or Cambridge. However, a degree from any UK university is extremely valuable internationally, and Keele performs extremely well in some subjects.

Top subjects at this university include: Forensic Science, Nursing, and Medicine.

Another thing to note is that Keele has a relatively small percentage of international students. This could mean you communicate more with local British students and experience greater immersion into UK culture.

Here it is! The world-famous University of Cambridge. You won’t receive a better education anywhere in the UK. This university ranks top for academic delivery.

No matter which subject you study at Cambridge, you will have access to some of the best facilities in the world. Teaching staff are headhunted from all over the world and academic standards (and expectations of you as a student!) are extremely high.

The city itself is small and beautiful. Its parks, river and architecture provide a calm environment in which to study. Being the famous school that it is, Cambridge also attracts a high number of international students.

If you are a hard-working academic achiever with the money to afford Cambridge, then this could be the right choice for you.

Bristol is not an iconic city, like London, Manchester, or Edinburgh. However, it is a great historical city. It also has a trendy ‘alternative’ atmosphere, attracting lots of artists and musicians. The city has a vibrant nightlife and its urban graffiti adds beauty and colour to its walls.

Originally made rich by the slave trade and shipbuilding industry, the city of Bristol offers interesting architecture and access to the coast. There are plenty of places to eat out and many people prefer to cycle than drive, as the city centre is relatively small. 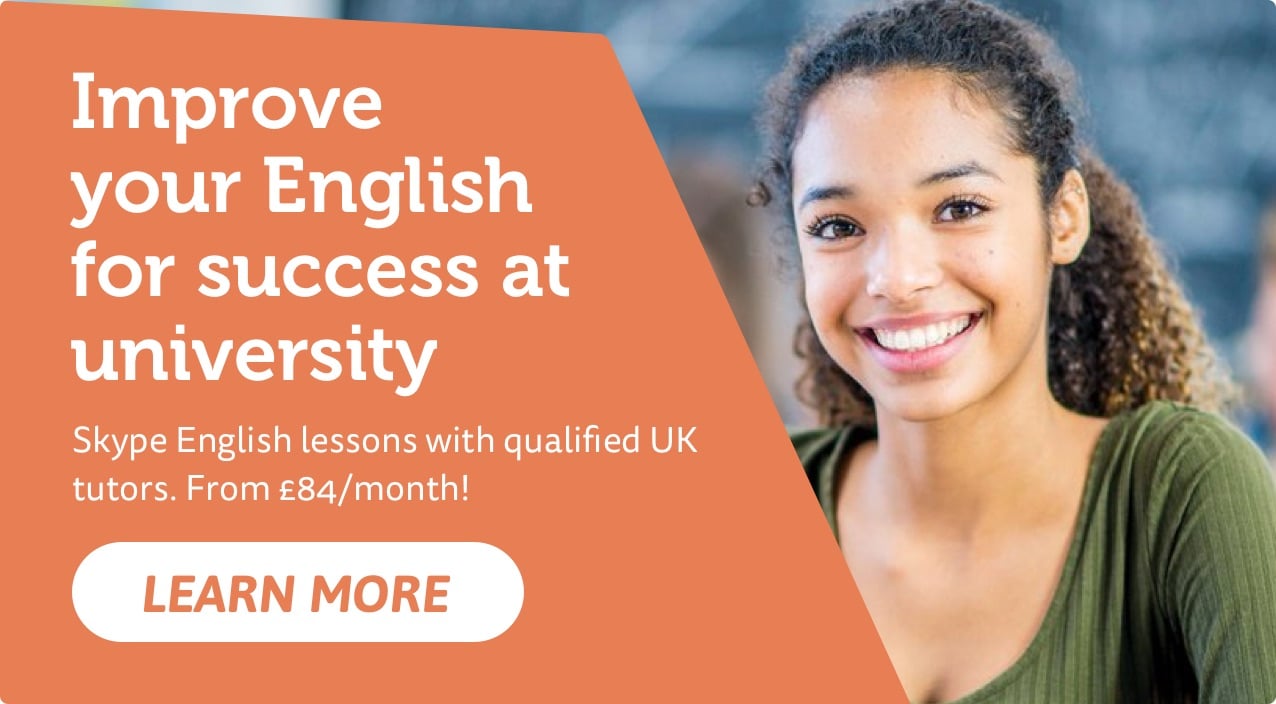 Bristol is one of the UK’s Russell Group Universities. So, while it isn’t as prestigious or successful as Oxford or Cambridge, it is still recognised as an excellent school.

Although Bristol is cheaper than London, Oxford and Cambridge, it is still rather expensive in terms of both fees and cost of living. Tuition fees cost between £20,000-35,000 (including some surprisingly cheap Medical degrees!) and living costs are estimated between £9,000-15,000.

This is a very attractive “up-and-coming” city in the UK. Everyone who visits seems to love the place – and students are no exception!

York is widely considered to be among the most beautiful cities in the UK. Its architecture and cobbled streets remind us of its medieval past. Some of the scenes from the Harry Potter movies were even filmed in York! One downside of this is that York attracts a lot of tourists and traffic is often bad in the city centre.

The University of York is another Russell Group University, evidencing its reputation as an excellent school. Top subjects here include: Italian, Nursing, Social Work, Chemistry, German, and Iberian Languages.

York has an excellent reputation for its education across many degree subjects. However, perhaps its main strength is its foreign language departments.

If you like history, traditional English culture and studying languages, then you will love York uni!

Manchester has the highest population of students compared to any other European city! That’s a lot of students. The city itself is the third largest in England and there’s plenty to do in terms of shopping, nightlife, restaurants and sporting activities.

It’s not the most beautiful city in the UK. However, it is well-developed and provides plenty of career opportunities after graduation. The city boasts two of the best football teams in the world, many great bands, and several famous writers and artists.

The University of Manchester is a Russell Group University, so you can be sure you will get an excellent education here.

Some very successful people have graduated from this university. Perhaps you will soon become one of them!

This is the oldest university in the world. It is also universally regarded as one of the best.

Academic standards at Oxford are extremely high and students are expected to work very hard. The entry requirements are demanding and it’s likely you will face an interview as an international student.

As a town, Oxford is picturesque and quiet. It has traditional English architecture and some buildings similar to those of York (some Harry Potter scenes were also filmed here!). There are nice parks and you are never far from the countryside.

Oxford is also fairly close to London – you can easily do day trips by train to visit some of the UK’s main attractions in the south. This also means that the city is served by London’s large international airports.

Due to its reputation, Oxford attracts students from all over the world. International students at this university make up a massive 45%. This means that the university has a thriving international department with plenty of socials and activities for overseas students.

If you have the academic ability and the budget, then Oxford is worth every penny.