Conditionals (or ‘if clauses’) show us how one situation depends on another happening. If it rains, you will get wet. They give us the cause and the possible result. There are 4 types of conditionals in English. These can be used to talk about the past, present and future – what might have happened, always happens or could happen later as a result of something else. 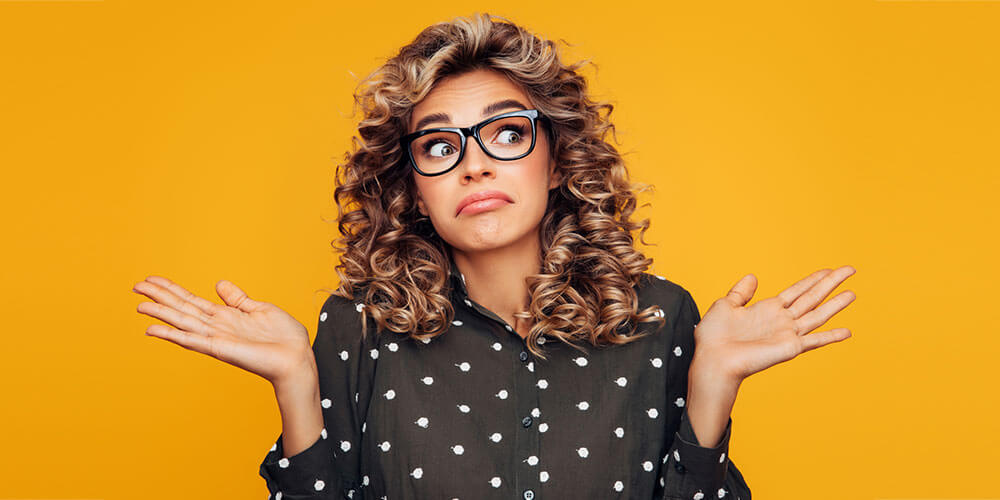 Conditionals allow us to use greater flexibility to express our ideas, giving us the chance to talk about a range of situations and possible outcomes, including:

Conditionals can be ‘real’ or ‘unreal’; they can relate to real, possible or imaginary situations in our lives. Conditions are formed with an ‘if’ clause and a main or conditional clause. The conditional clause explains what will be the consequence ‘if’ the event in the ‘if clause’ happens. For example:

If it rains, we will get wet.

The 4 types of Conditionals (explained)

We use the First Conditional to talk about a possible situation in the future. We often use this structure to explain an intended action, based on an event that may or may not happen.

If + Present Simple + will + infinitive

If it is hot tomorrow, I will buy an ice cream.

In this type of structure, the Present Simple form in the ‘if clause’ refers to a possible future situation, not to the present. First conditional sentences can refer to the near future ‘If it rains later…’ or a period of time several years ahead ‘If I get a good degree…’.

Questions can be formed with the First Conditional, using the ‘if clause’ and ‘will’. For example:

Where will you go if it is a nice day tomorrow?
If Dave is free at the weekend, will you go to the beach?

The First Conditional is often used as a way of explaining positive or negative consequences, especially to children:

If you eat too many sweets, you will damage your teeth!
If you work hard, you can go out and play.
You can’t watch TV if you don’t finish your homework.

The First Conditional is also used to negotiate with other people, for example:

If you do the shopping, I’ll cook dinner.

I’ll ring you later if I have time.
If I eat all that cake, I’ll get fat!
If I get a promotion, I will earn more money.
What will you do if he doesn’t come to the party?
If I have time later, I may go to the shop.

If + Past Simple + would + Infinitive

If we were rich, we would buy a new sports car.

The Second Conditional can cover a range of different situations, from something that may happen in our life to something that is very unlikely to happen. If I got a new job, I would be happy and If I could fly to the moon, I would take a photo of Earth are both Second Conditional sentences, but situation one is much more likely to happen than situation two.

Questions can also be formed using the Second Conditional, using ‘would’. For example:

What would you do if he asked you to marry him?
Would you buy a new house if you won the lottery?

In formal language, ‘if I was’ can be replaced with ‘if I were’. For example:

If I were a doctor, I would try to improve poor people’s health.
If I were you, I would save some money before you look for a new car.
In conversational and everyday English it is fine to use ‘If I was…’.

If I was a lawyer, I would earn a lot more money.
I would buy a new house, if the bank would give me a mortgage.
What would you do if you won a million pounds?
Do you think Sarah would be happier if she lived with her parents?
If I were you, I would accept the job offer.

If + Past Perfect + would + have + Past Participle

If I had been taller at school, I would have been in the basketball team.

We use the Third Conditional to explain events in our lives, but also to express regret, for example:

If I hadn’t failed the exam, I would have become a lawyer.
If I had listened to my parents, I would have made the right decision.

The Zero Conditional is used to express true statements. We use it to describe facts. It can also be used to discuss things that are true in our lives.

If I eat too much chocolate, I get fat.

Unless is used in a different way and means ‘if…not.’

‘Even if’ can be used to express negative results. Compare the different meaning of these two sentences:

Should is also used in conditional sentences, in place of if. The meaning is something like ‘if you happen to…’. This use of ‘should’ is very formal and is not common in everyday conversation. Compare the examples below:

Many of the examples in this study guide use the simple verb form, but continuous forms can also be used in conditional sentences, depending on the context. For example:

If I had booked that holiday, I would be swimming in the sea right now!
If I catch the 10am train, I will be sitting at my desk in one hour!
If I hadn’t missed the train, I wouldn’t have been waiting for two hours at the station.

The most common conditional sentences include ‘will’ or ‘would’. However, it is possible to use other modal verbs, such as ‘could’, ‘may’, ‘can’ or ‘might’. For example:

If John arrives early, we could go to the pub. (First Conditional)

A common error when using conditional sentences is the temptation to put the modal verb in the conditional clause, when in fact it should be put in the main clause.

Correct sentence: If I go to London, I will visit Big Ben.

Incorrect sentence: If I will go to London…