How to be polite in English

Perhaps the most enduring stereotype of the British is that they are extremely polite and never really say what they mean. 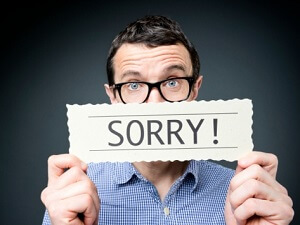 A common complaint from overseas is that Brits are incapable of expressing their feelings directly, particularly when those feelings are negative or may cause offence. Moreover, it often seems that polite phrases in English are used by Brits to convey hidden meanings, which are only intelligible to their compatriots.

In a recent BBC World Service podcast German comedian Henning Weyn explored the challenging aspects of English being the world’s Lingua Franca, focusing primarily on how many problems arise due to foreigners misinterpreting the polite words used by Brits, both in personal and business situations. Many of the people interviewed, including a native speaker from the US, stated that their confusing interactions with British people led them to doubt their proficiency in the English language!

Indeed, this insistence upon hiding negative feelings or criticism behind seemingly positive polite expressions has caused such difficulties abroad that an anonymous author’s guide to deciphering Brit-speak gained considerable internet popularity. Most of the expressions can be found in everyday conversation in Britain and as such may prove very useful.

The indirect approach commonly associated with formal situations is absolutely crucial if you want to be polite in English, regardless of whether you are participating in a business meeting or asking for a refund in a shop. As a general rule, direct requests are a no-no and are seen as rude and demanding, even when they include the ‘magic word’ please;  “can you give me a refund?” or “I want a refund” require rephrasing along the lines of: “Would it be possible to get a refund?” or “Could I please have a refund?’ As the examples suggest, one of the simplest ways of ensuring that you sound more polite when making requests is to use modal verbs. Remember that politeness not only means being viewed more favourably by others, it also increases the likelihood of getting the results you desire.

From apologising to someone whose clumsiness has left you with coffee all over your best suit to thanking the person who has given you a terrible haircut or a parking ticket – all of the weird and wonderful features of British politeness have been documented in this interesting Buzzfeed post entitled ‘British Problems’.

A common theme of ‘British Problems’ is the desire to avoid conflict at all costs, but in certain situations confrontation is unavoidable. The points below should provide some guidance on how to be polite in English when expressing negative feelings.

It is widely considered aggressive to “point the finger” at a person you feel is to blame, and a useful way of avoiding this is to “share” the blame or even imply that it is your own fault in order to resolve the situation! “Maybe I misunderstood you” is a polite way of letting somebody know that they either didn’t tell you something or explained it in a confusing way. Similarly, when frustrated by a person’s complete inability to understand you, it is best to say “perhaps I’m not making myself clear.”

If you must be negative, you can still be polite by softening statements like “I don’t like it”. To do this, you break them down with little additional words, so “I don’t like it” becomes “I don’t really like it, I’m afraid”.

Despite its enduring popularity in language courses, where it is taught as one of the most polite expressions in English, the greeting “How do you do.” has experienced a drastic decline in use amongst the British population, as the writer of this Guardian article examines. This is in part due to it being perceived as an outdated and excessively formal expression. Social anthropologist Kate Fox has lamented this trend, arguing that: “We should be mounting a campaign for its revival, because since “How do you do?” declined as a greeting we haven’t known what to say”.

It is true that there is no longer one standard way of greeting somebody and this can cause considerable anxiety amongst non-Brits about how best to respond. It is common to hear British people greet each other with far less formal expressions such as “How’s it going?” or simply “Alright?”.

In other countries to be asked how one is prompts a truthful, often detailed, answer. In Britain, it is expected that the person asked will respond with “Fine thanks, and you?” rather than detail their latest highs and lows. This is especially true when one encounters a casual acquaintance in a public place.

Brits are famous for asking “pardon?” instead of the direct “what?” (favoured by other parts of the English speaking world). British children often find themselves reprimanded for impoliteness if they do use “what?” when unable to understand something that is said to them. However, as many visitors to the country have observed with great amusement, the word “sorry” is now overused in so many situations that many Brits no longer have a need for “pardon?”.

This peculiar feature of British politeness has become so pronounced that even Brits themselves have become aware of it, and yet they are still unable to break the habit. A 2007 survey concluded that the average Brit apologises an incredible 1.9 million times in their lifetime. The phenomenon is examined in great detail in this article from the BBC website with readers providing their own interesting observations in the comments section.

Saying “sorry!” has been described as “a national tic”, something that people instinctively blurt out even when they are the victim of someone else’s mistake. In the Channel 4 television programme An Immigrants Guide to Britain, the full extent of the nation’s obsession with apologising was exposed, with actors causing considerable inconvenience to the British public. The reaction of the victims in each and every case was to say sorry to the unapologetic culprits!

However ridiculous Brits might appear, the fact remains that “sorry” is one of the politest words in the English language and it is also incredibly versatile; one can use this simple word to interrupt, express lack of understanding, apologise and disagree.