Difference Between: Inquiry vs. Enquiry

Inquiry and enquiry sound the same (ɪnkwaɪəri), but have different meanings in British English. Inquiry means ‘official investigation’ – e.g. The government launched an inquiry into corruption. Enquiry means ‘a question about something’ – e.g. The gym received an enquiry about its opening hours. Americans only use inquiry. 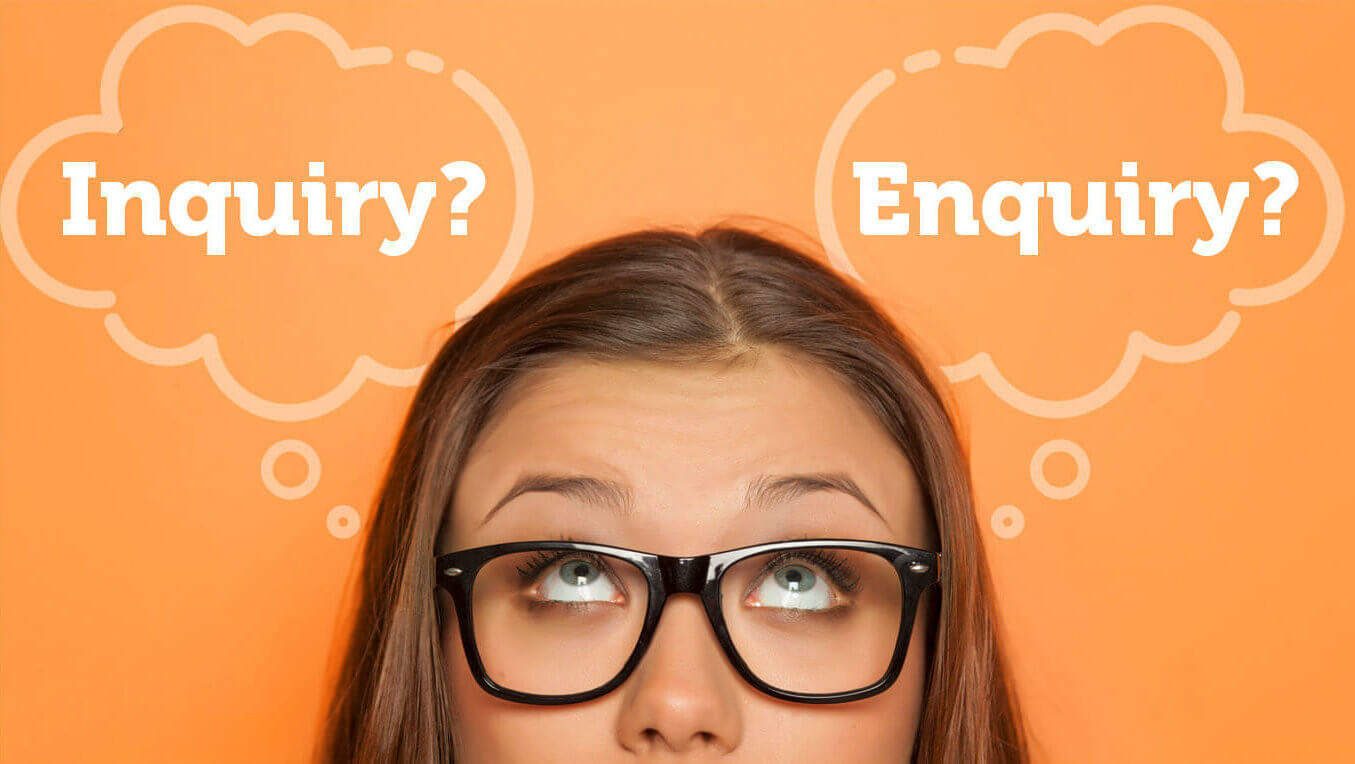 If you speak American English, you can use inquiry to ask questions or carry out an official investigation – there is no difference:

The main thing to think about in British English is why the person or organisation is asking the question. If the question is for general information, use enquiry:

If we are talking about an investigation conducted by an official organisation, we use inquiry:

The relationship between the people or organisation is not always important. For example, a manager-employee relationship is an ‘official’ one, but the reason the manager asks a question might not be part of an investigation:

The second example is incorrect because the manager is just asking questions; it is not an official investigation.

For an official investigation, use inquiry:

The first example is correct because the manager has conducted an official investigation that may contain statistics, data, and a verdict.

The main question to ask yourself when thinking about inquiry vs. enquiry is: what is this person or organisation doing? Are they asking general questions or are they carrying out an investigation that requires evidence and data to support it? Asking these questions will help you get it right every time.

Here are some more examples of correct and incorrect usage of inquiry vs. enquiry:

The difference between enquiry and question is that we use enquiry in a polite or formal situation – e.g. May I make some enquiries regarding my dinner reservation?

What does inquiry mean?

Inquiry (noun) means: ‘an official investigation into something’.

A method of investigation or obtaining information – e.g. The scientist needed another means of inquiry to evidence her findings.

Examples with inquiry in a sentence:

What does enquiry mean?

Enquiry (noun) means: ‘a question about something’.

Examples with enquiry in a sentence:

There are also verb (action word) forms of inquiry and enquiry: inquire and enquire. The difference between these words is a little more confusing!

The first example is correct because the answer to the question helps create evidence for the police investigation.

We use to enquire for questions about more general purposes:

The first example is correct because Lindsay is calling to ask a general question; the answer will not form part of an official investigation.

You can find many cases of inquiry and enquiry (and inquire and enquire) being used interchangeably – just look at the dictionary definitions! So don’t worry if you find it confusing. In fact, many experts disagree on the topic.

Try these exercises to test your understanding of the differences between inquiry and enquiry. Remember to ask yourself: why is this person or organisation asking questions? Is it for an investigation (inquiry) or is it for general information (enquiry)?