Understanding English conversation: How to speak like a Brit

One of the greatest challenges when learning English is mastering the spoken language. Conversational English presents problems in terms of both understanding and delivery as it can differ greatly from standard “textbook” forms. 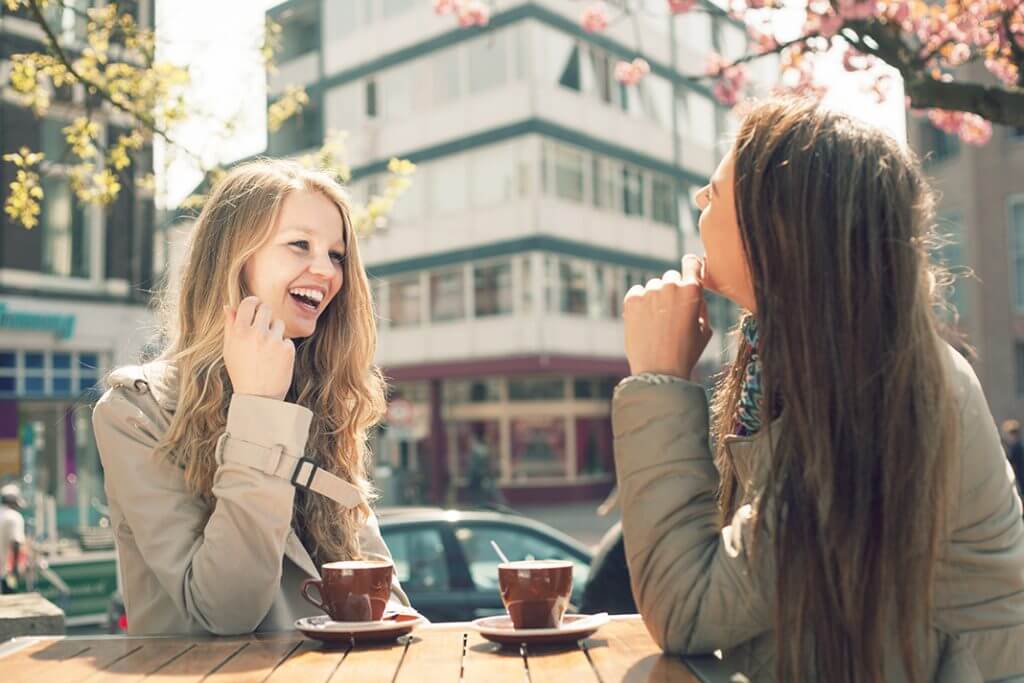 When non-native speakers use English, they often sound overly formal in everyday conversation because of their tendency to use standard forms or “the language of textbooks”. In contrast, when Brits use their mother tongue, they bring together a combination of colloquial English, regional forms (including accent and dialect), slang, connected speech, knowledge of UK culture and other elements associated with their “native language instinct”. Trying to understand this type of conversational English, which is often delivered at speed and with frequent changes of topic, is no easy task if you are learning English as a second language. However, English conversation practice and regular exposure to real British speech can help you speak in a more natural way.

How to kick off a conversation in “real” English

Contrary to the popular classroom stereotype, when Brits meet each other, they don’t start the conversation with the phrase “How do you do?”. This is an outdated expression, which is now confined to formal business introductions and the English aristocracy. Moreover, the simple “Hello!” has been largely replaced by the friendlier, and less formal, “Hi!”. The vast majority of Brits now favour informal regional greetings over those you will know from your English textbooks.

Here are several examples of common British expressions used when meeting/greeting friends and starting conversations in the UK:

“Hiya!” – A colloquial version of “Hi!”, perhaps more common among women than men

“What(’ve) you been up to?” – An informal way of asking what someone has been doing since you last met. Common responses might be: “Oh, nothing much. You?” or “Had a couple (of pints) down the pub last night.”

Brits will not expect non-natives to know colloquial expressions like these, so you may raise a few eyebrows if you use them. If you spend time in the UK, you will hear greetings like these on a daily basis, everywhere you go.

The wider vocabulary of English conversation

Where written English tends to make use of standard forms, be well-structured and remain on topic, informal English conversation is the opposite – non-standard, spontaneous and chaotic. The speed at which spoken English is delivered can also cause problems for non-native speakers of the language, but perhaps one of the most important barriers to understanding is the vocabulary of conversational English, which often differs dramatically from that taught in ESL classrooms.

It is common in everyday English conversations for Brits to favour informal and colloquial language over their Standard English equivalents. Here are several examples of popular conversational words and expressions in British English:

Cheers – This word has multiple meanings, but most non-natives will only be familiar with one – i.e. what Brits say when they drink alcohol (simple toast). In fact, this word is used more frequently in English conversation to mean: “thanks” or “goodbye”. E.g. When you get off the bus you can thank the driver by saying: “Cheers, mate!”

Nice one! – Often used instead of “Well done!” to add more emphasis and emotion in conversational English. Other alternative expressions include: “Nice work!”, “You little blinder!”, “You’re a star!”. In American English, the equivalent would be: “Good job!”.

Knackered – Another example of a word that adds greater emphasis when used in English conversation. This word means “very tired” or “exhausted” and can be strengthened further, as in: “Totally knackered!” or “Completely knackered!”.

Gutted – This common UK expression means “Extremely disappointed” and is often used by Brits when talking about football teams losing in important matches, failures at work, girlfriends going off with other guys, etc. E.g. “We lost 5-0 to Arsenal the other day. I was absolutely gutted, mate!”

Dodgy – If something or someone is described as “dodgy”, it means it is: faulty, wrong in some way, possibly illegal or suspicious, not “on the level”, unfair, false, etc. E.g. “Don’t trust John! He’s a bit of a dodgy bloke.” (suspicious/criminal), “Watch yourself in that pub, mate. It can be a dodgy on a Friday night.” (meaning that you may get into trouble – beaten up, etc.), “My phone’s gone a bit dodgy. Can I borrow your old one?” (faulty, not working properly, “on the blink”).

Booze – A common British English term for alcohol. “Boozer” is an alternative word for pub or a person who drinks a lot. E.g. “Have you bought any booze for the office party yet?”

Bird/Bloke – These popular colloquial terms are used to mean “Woman/girl” and “Man/guy” respectively. “Bird” is similar to the American word “Chick” and would not be used in the presence of the woman being discussed. In contrast, the word “Bloke” is not perceived as rude. 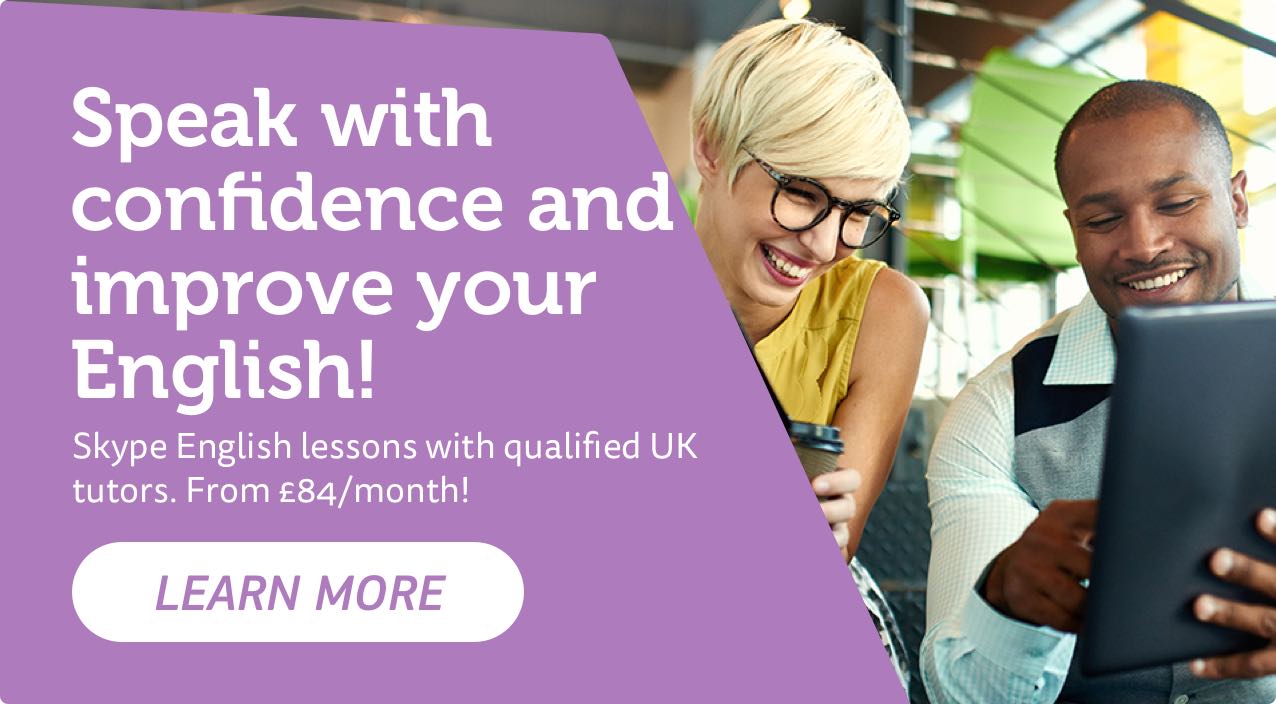 Conversational English in the UK has a tendency to use phrasal verbs over their formal equivalents. This often poses difficulties for non-native speakers as phrasal verbs are notoriously tricky to learn and are usually avoided as much as possible by those studying the language. Sounding natural in English conversation means getting to grips with phrasal verbs – both in terms of understanding and usage. Here are some examples of common phrasal verbs used in modern British speech:

Nip/pop out – This expression means “Go out for a short time”. E.g. “I’m just nipping out for 5 minutes. Can you take a message if anyone calls?” or “I’m popping (out) to the shop. Do you need anything?”

Turn up – Often used instead of “Arrive” or “Appear expectedly”. E.g. “We hadn’t seen Emma all morning, but then she just turned up.” or “Don’t worry about your (lost) keys. They’ll turn up.”

Pick up – A phrasal verb meaning “Collect” (on foot/physically or in a vehicle). E.g. “Give me a shout (call) when you want me to pick you up from work.” An alternative would be: “Give somebody a lift” (in a car).

Run out (of) – A common expression used in English conversation to mean: not have any remaining/left, be out of something (a product), use up. E.g. “We’ve run out of milk, so you’ll have to have your coffee black. That ok?”

Head off (up/down) – Brits often use phrases like “I’m (going/heading) off down the pub” or “You off up to Scotland next week?”. This can be confusing because there is not necessarily any slope or gradient involved in the perception of whether the destination is up or down in relation to the speaker. As a rule, Brits say “up north” and “down south”, but when going to the pub it is more usual to say “down” than “up” (unless the pub is specifically located at the top of a hill).

Spoken English is in a constant state of change. For this reason, you may find that the idioms you learned in class are no longer used by most Brits in their everyday conversations. If you use outdated idioms, it can have funny and embarrassing results as locals may find your English rather strange or eccentric. Therefore, it is important to listen to as much modern English speech as possible and to get feedback from a British friend or teacher to find out what is “in” and what is “out”. Below are a couple of examples of traditional idioms and their modern conversational English equivalents:

A piece of cake – As this now sounds like an old-fashioned cliché, most Brits would use the expression “No probs!” (no problem) instead. Note that the “-s” on the end must be used even though “No problem!” uses the singular form of the noun.

Cost an arm and a leg – Brits are more likely to use colloquial equivalents like: “Cost a bomb” (a lot of money, too much) or “Rip-off” (not worth the money paid, a cheat). E.g. “That old car cost a bomb! What a rip-off!”

Brits still love to use expressions connected with the notion of “fairness”, which is an important part of the national mindset. E.g. “Fair’s fair”, “In all fairness (to him/her)”, “Fair enough”, “Fair play”, etc. Comparative expressions like “Sooner or later” and “More or less” also remain popular in English conversation.

The use of slang in conversational English

British slang is mostly region-specific, although there are terms that are in general use throughout much of the UK. If you spend long enough communicating with Brits from a certain area of the country, you will acquire local slang words and expressions as they are an unavoidable part of modern English conversations. The way that slang is used (or avoided) is situation-specific, so if you do decide to learn it, you will also need to know when and where it is appropriate. If you would like to learn more, check out this list of British English slang.

The problem of pronunciation and connected speech

Another major barrier to understanding English conversation is its delivery. Brits often speak quickly, use non-standard forms (see above) and are likely to have at least some regional accent and dialect features. The strength of the person’s regional features usually depends on their social class; the stronger the accent/dialect, the lower the speaker’s social class status. Where accent relates to differences in pronunciation alone, dialect refers to both pronunciation and content (grammar, vocabulary, etc.). When Brits speak quickly, they use connected speech and short forms (contractions like “can’t”, etc.), which can also make it more difficult to understand conversational English.

Tips for improving your conversational English

The key to gaining better spoken fluency in English and being able to understand native conversation is regular practice and greater contact with the language. If you live in the UK, there are plenty of opportunities to go out and engage with the language spoken in your local area. However, if you are studying English in your home country, you are unlikely to have Brits queuing up on your doorstep for a chat! Where geography may be a barrier, the internet provides 24/7 access to all kinds of interesting native English material – from Youtube videos to podcasts, live radio and Google Hangouts. Watching video content on a regular basis can greatly improve your understanding of conversational English and expand your knowledge of popular vocabulary used in the language today. If you would like more structured training, then you could also look for an native English teacher online to provide weekly conversation practice and enhance your existing skills.