Generally speaking, English and Russian tend to see eye to eye when it comes to singular and plural nouns – this is just a simple case of logic. 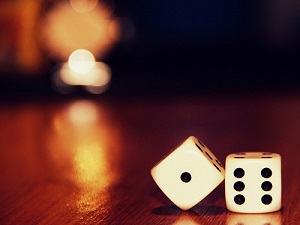 However, irregular plurals deviate from this logic and create usage problems. When speaking English, Russians have a habit of adding an “s” where it isn’t necessary and although this seldom causes serious misunderstandings, it is worth learning the correct forms to eliminate any embarrassing mistakes.

Both Russian and English have count and non-count nouns. The former can be expressed in a plural form by adding an “s”, whereas the latter cannot. Here are some examples of both types of nouns in English:

Russian speakers would agree with the categorisation above, but in Russian the word “money” is always plural (деньги). Therefore, a common Russian mistake in English would be to say something like this: “I put my money in the bank and THEY have been there for 6 months”. In English, money is “it” – singular. In rare financial contexts you can see the term “monies” being used to mean “funds” (e.g. “The monies have been transferred”) but this is more an exception to the rule and the singular “money” is preferred in most cases.

An interesting category of nouns are those connected with objects that consist of two parts and therefore cannot logically be anything other than plural. English and Russian tend to agree with regard to words like: scissors/ножницы, trousers/брюки, pliers/плоскогубцы, glasses/очки, etc. where the English nouns take “s” and the Russian nouns have the plural ending “и/ы”. However, there are some differences of perception here too. For instance, Russian has separate words for “gate” (1-piece) and “gates” (2-piece) – калитка would be used for a garden gate or perhaps one on a farm but ворота (always plural) traditionally refers to a larger entrance gate with two moving doors. These small differences are worth paying attention to.

Russians often make mistakes when using English non-count nouns like: research, advice, knowledge, data, etc. because these words are countable in Russian. In English, we cannot say “advices” or “researches” as a translation for “советы” and “исследования”. If you want to count these nouns, then you have to use a construction like “several pieces of advice” or an alternative term like “tips”.

Another word that causes problems is “hair”. While this noun is countable in both languages, in English we tend to use the plural form in most contexts, e.g. “She had long, brown hair”. Russians might mistakenly use “hairs” here because in Russian the plural “волосы” would be used and saying “волос” would mean the lady in question only had one strand of hair!

Russians also have a tendency to add an “s” in common expressions like: “no comment”, “no problem” and “thank God” – the final one being a mistake with the verb form and not the singular/plural. In English, these expressions do not take “s”! However, for some strange reason, in the informal “no probs” (no problem) we see the plural, but “no prob” would be incorrect.

Irregular plurals in English can create further difficulties for Russian speakers. A common mistake is adding “s” to nouns like: men, women, children, sheep, mouse, etc. Native speakers of English rarely use the forms “fishes” and “fruits”, preferring instead “fish” and “fruit” as mass nouns, e.g. “I went to the market to buy some fruit” (not fruits!).

Russians also overuse the word “persons” as the plural of “person”. This type of usage is very formal and sounds strange in most everyday contexts. The normal plural of “person” is “people”. You can also say “peoples” (народы) to refer to an ethnic group. Compare these two sentences:

“There were loads of people at the gig last weekend!”

“Persons found in possession of alcohol will be expelled from the premises.”

“Our football team is top of the Premier League at the moment.” (whole group)

“The team were disappointed after their 5-0 defeat at home.” (individual players)

“My family is big.” (many relatives form one large group)

“My family are big.” (individual relatives, each being fat!)