Difference Between: Which vs. That

Which and that refer to a subject we have already introduced. That provides essential information, specifying what makes the subject unique. Which adds non-essential detail. If we remove this, the sentence still makes sense. E.g. The cat that lives next door loves eating fish, which is a rare treat. 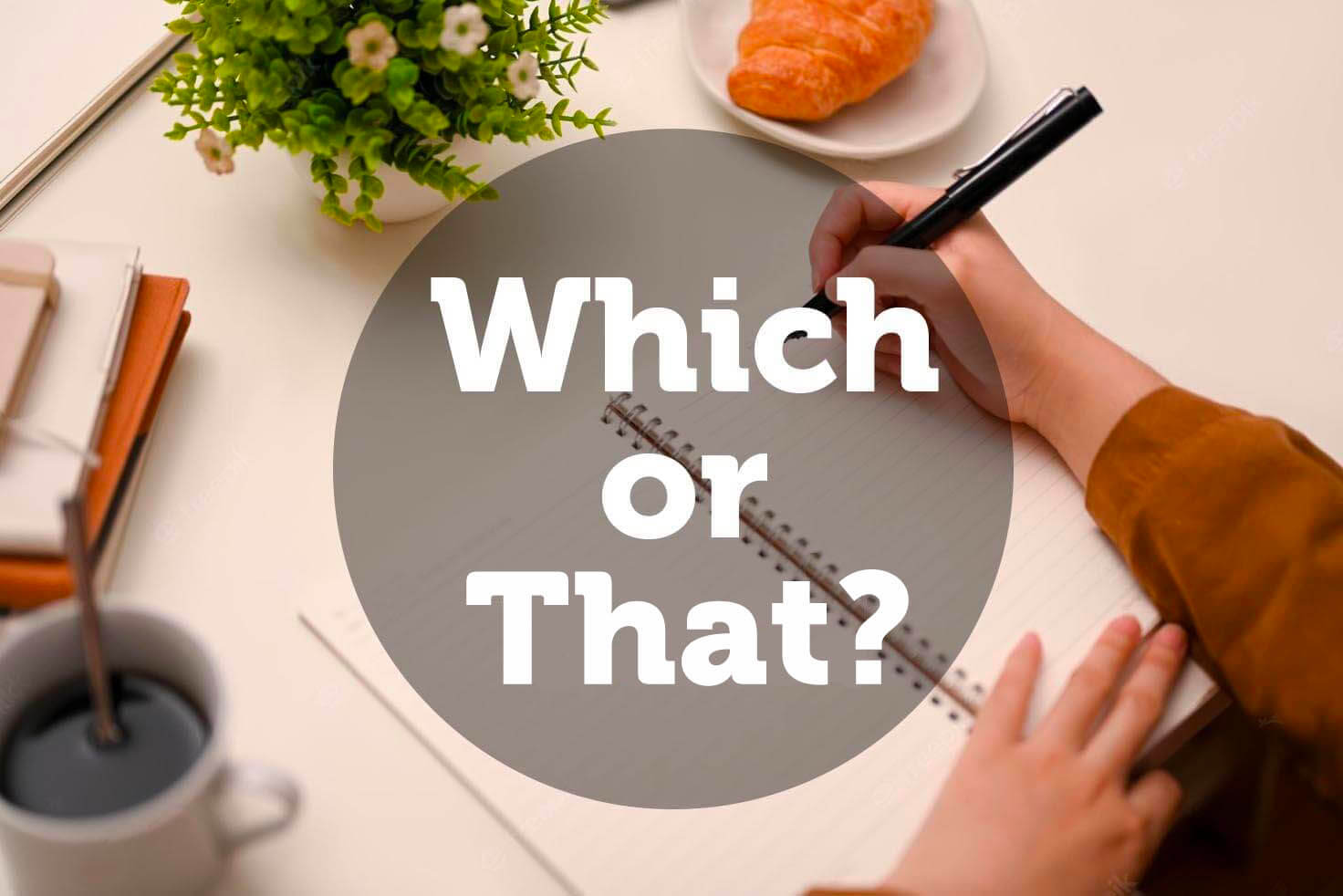 We use which to give non-essential information. This extra detail is placed inside commas or between a comma and a full stop. We can remove it without affecting the main meaning of the sentence. For example:

If you can remove this extra information and the sentence still makes sense, then you are usually right to use which.

Examples of which in a sentence:

We use that to add essential information. This specifies a characteristic of the thing we are talking about, and makes it unique. We do not use commas before or after that. We cannot remove that without changing the main meaning of the sentence. For example:

The fact that the clock works is essential to the meaning here. We are talking specifically about one particular working clock, and not the other broken clocks in the house.

Examples of that in a sentence:

When deciding whether to use which or that, ask yourself: Can I put this part of the sentence in brackets? If the answer is ‘yes’, then use which because this is likely to be non-essential information. E.g. The new Ford Mustang (, which comes in three colours,) is expensive.

When both are possible

There are some confusing situations when we can use either which or that. Take the following two sentences for example:

These sentences look very similar, but they have different meanings.

In the first sentence, ‘My computer that I use for work’ is a specific computer that this person only uses for work. This information is essential because it shows how this computer is unique (compared to the other computers owned by this person). In other words, it is ‘my work computer’.

In the second sentence, ‘which I use for work’ is just one of many possible uses this computer could have. The focus of this sentence is the fact that the computer is expensive. We can also assume this is the person’s only computer.

Some set expressions already contain the word ‘that’ – think that, say that, sure that, remember that, etc. We can leave out the ‘that’ or include it. E.g. I’m not sure (that) it will rain.

These expressions can create strange double ‘that that’ situations in English. E.g. I remembered that that film had been on TV.

Using commas with which and that

Commas can help us to understand where to use which or that. Remember, when we are speaking English, a short pause usually represents a comma in writing.

However, it is also common for this extra information to come at the end of a sentence. In this case, we only need a comma before which:

The main meaning is: ‘The film starts at 9pm’. The person’s hunger is non-essential information and is added at the end.

David Foster Wallace gave a funny example of how the word that could be used five times in a row in just one sentence. Here it is: ‘He said that that that that that writer used should really have been a which.’

Exercises: Which or that?

Try these exercises to test your understanding of the differences between which and that. We have left out the commas to make this quiz more difficult. Think about where you would place commas in each sentence. Be careful because sometimes which or that are possible!