Difference Between: Practice vs. Practise

Practice is a noun (a thing) that refers to ‘the time someone regularly spends on an activity because it’s a habit / custom or they want to get better at it’ – e.g. I go to band practice three times a week. Practise is a verb (an action) that means ‘to repeat an activity in order to master it or because it’s part of a routine / custom’ – e.g. I practise with the band three times a week. 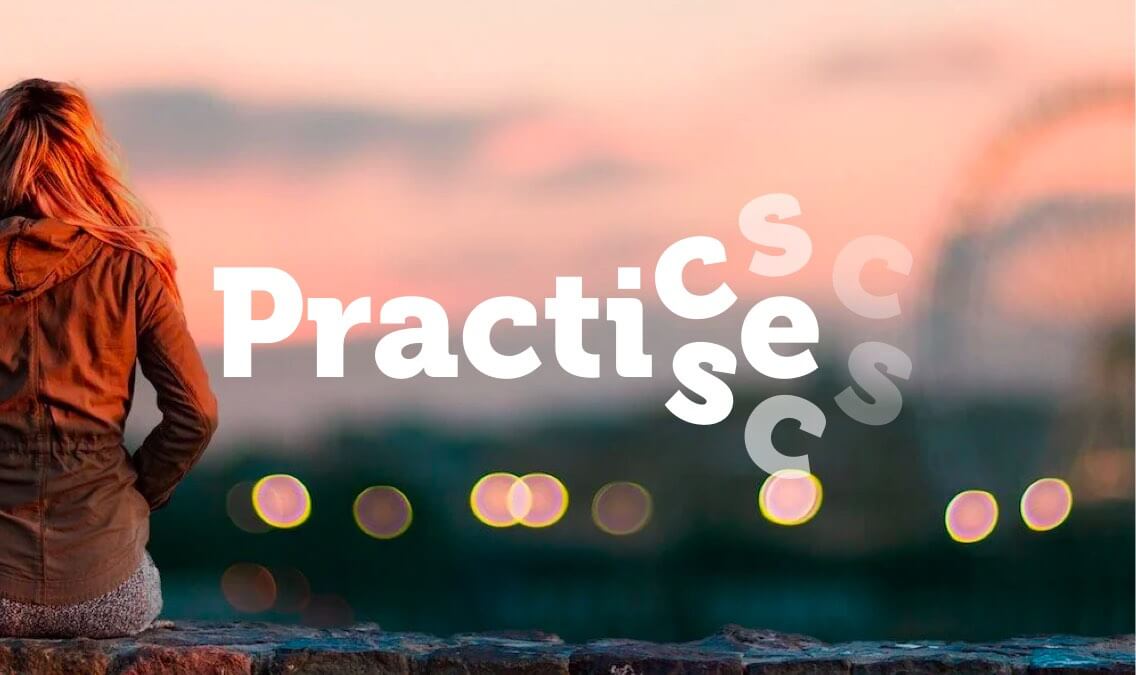 For speakers of American English, there is no need to think about this difference because the noun and the verb are the same word (practice with a /c/). For example, Americans can say:

However, if you’re learning British English, it’s a bit more confusing! Practice and Practise are homophones so they sound the same (both are pronounced: ˈpræktɪs). We spell the noun with /c/ (practice) and the verb with /s/ (practise). Here are some examples of correct vs. incorrect usage of practice and practise in British English:

The easiest rule to remember the difference is: practice is a noun and practise is a verb.

Ask yourself: Is it the time you spend on an activity (noun) or is it a repeated action (verb)?

In many situations, we can choose to use practice (noun) or practise (verb) to express the same thing. To do this, we need to change the sentence construction.

One way to make sure you never use practice as a verb is to think about the end of the word. When using verbs, we can change the ending to -ing or -ed. This means that we can only use practised or practising – e.g. I am practising for the exam now or The choir practised last night. We do not use practiced or practicing as a verb in British English. However, we can use practising as an adjective (describing word) – e.g. She is a practising Buddhist.

What does practice mean?

Practice (noun) means: ‘the time regularly spent on an activity’.

As we mentioned before, practice refers to the time we spend on an activity to get better at it or because it’s a set of rules or customs – e.g. It takes a lot of practice to be a good tennis player (time needed to improve) or The practice of prayer is an essential part of worship (a custom).

Examples with practice (noun) in a sentence:

In British English, there are other words that use /c/ for a noun and /s/ for a verb. For example, we say: She gave me some advice (noun), but He advised me not go (verb). More examples include device (noun) vs. devise (verb) and licence (noun) and license (verb).
Licence and License sound the same (laɪsəns). Device and devise have different pronunciations: device (dɪvaɪs) vs. devise (dɪvaɪz). The same is true of advice (ædvaɪs) and advise (ædvaɪz).

What does practise mean?

Practise (verb) means: ‘to repeat an action in order to master it or because it forms part of a custom, routine or process’.

Set expressions: Practise what you preach (to do what you say you are going to do).

As we mentioned above, practise usually means ‘to repeat an activity in order to to improve or master it’ – e.g. I practise basketball every day. Its other common meaning is ‘ to participate in an activity that forms part of a tradition, custom or process’ – e.g. The company staff practise wearing casual dress on Fridays.

Additional meanings: Practise can also mean ‘to work in a highly skilled profession’ – e.g. She practised medicine for 40 years before she retired.

Examples with practise (verb) in a sentence: