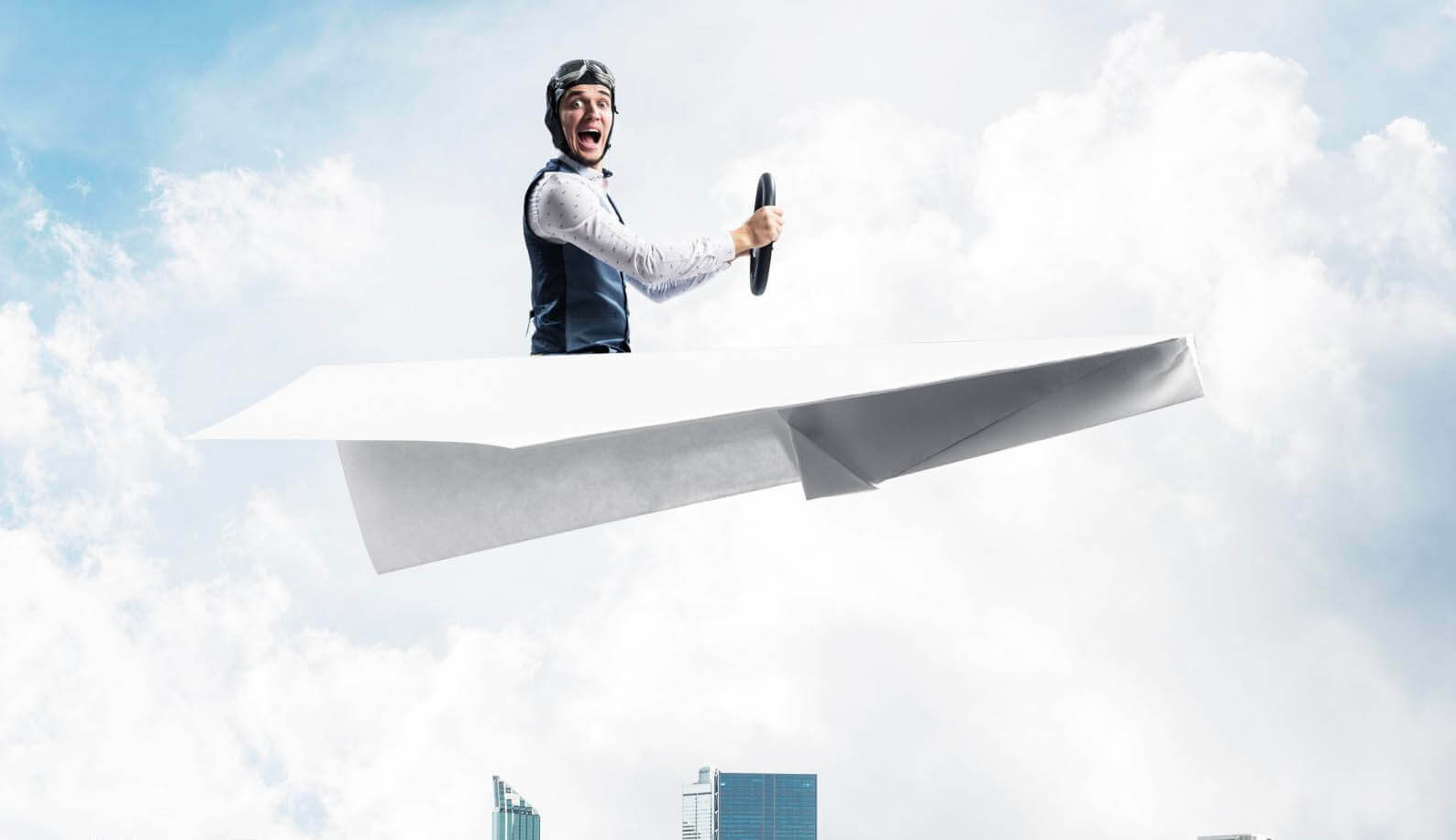 In this study guide, you will learn about common prefixes and suffixes in English. You will discover how these change the meaning and form of a word. Examples are given to show you exactly how to use these prefixes and suffixes. Check out the exercises at the end to test your understanding! You can also download this guide as a free pdf to use offline. Let’s dive in!

Prefixes and suffixes are collectively known as ‘affixes’. Some words have both a prefix and a suffix, for example:

Understanding how words are formed using prefixes and suffixes can help you work out the meaning of words and make sense of difficult spellings.

Prefixes: meanings and use

The most commonly-used prefixes are those that change an adjective with a positive meaning into one with a negative or opposing meaning, for example: uncomfortable. Prefixes that change the word to a negative meaning include: in-, ir-, im- and dis-. Examples formed using this type of prefix are: inactive, irregular, impossible and dishonest.

Some groups of prefixes have very specific meanings and uses. The table below summarises the most common prefixes for metric measures, those that describe multiples of units and those indicating fractions of units.

For words ending in ‘-e’, the final ‘e’ is often dropped when a suffix beginning with a vowel is added. Examples include: evolve/evolving and irritate/irritable. The ‘e’ is sometimes kept to help with pronunciation, for example, in the word knowledgeable.

This same spelling pattern occurs in manageable and changeable. Some words have two alternative spellings. For example loveable and lovable are both correct spellings. Words ending in ee, oe and ye do not drop the ‘e’ when a suffix is added. Examples include seeing and canoeing.

“Word families” are groups of words where different suffixes have been added to the same root word. It would be very difficult to learn all the word families in English, but knowing a few common word families can help you to learn spelling patterns and common prefix and suffix meanings.

The following word families demonstrate how root words can be transformed to create different forms with similar meanings.

In most cases where a prefix is added to a word, no hyphen (-) is used. However, hyphens can be used in some situations to make the meaning of the word clearer and to avoid confusion.

One example is where the prefix ends with the same letter that the word starts with. For example co– and owner. Adding co- without a hyphen could change the pronunciation of the word and make the meaning difficult to understand. For this reason co-owner is clearer than coowner.

Confusion can also occur where the word has two meanings. For example, a remark is a spoken comment, but re-mark means to mark/assess an exam again. Using a hyphen in this situation can avoid confusion.

The list below summarises commonly used prefixes and suffixes in English. Example sentences are also provided to help you understand them in context. 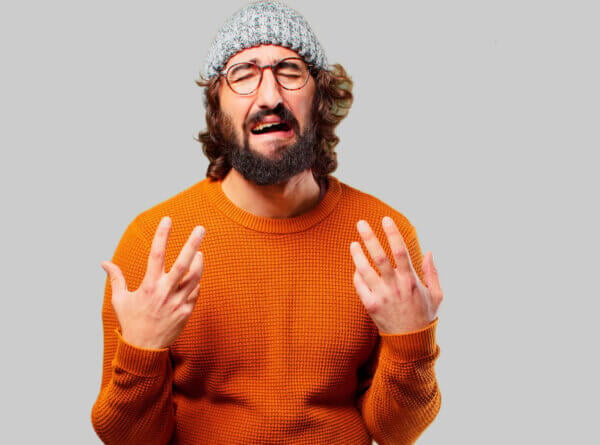 antiseptic, anti-climax, antifreeze, antibiotic, antibody, anticlockwise
The atheletes ran around the track in an anticlockwise direction.
Many infections can be treated with antibiotics.

deteriorate, derail, deactivate
The discussion deteriorated into an argument.

dissatisfied, disappointed, disloyal, disobedient, disruptive, distrust
Jane never did what she was told. She was a disobedient child.
Rob was disappointed when he didn’t get the job.

ex-wife, ex-teacher, ex-husband, ex-policeman
I still meet my ex-husband sometimes.
No, he wasn’t a teacher before. He’s an ex-policeman.

forewarn, foreground, forefathers, forecast, forego, forefront
This robotics company is at the forefront of modern technology.
The weather forecast for tomorrow is good.

hypersensitive, hyperlink, hyper-intelligent
A hyperlink connects one page to another.

illogical, illegal, illiterate, illuminate
Driving under the age of 17 is illegal in the UK.

immature, immaterial, immediately, immense, impersonal, impatient
You need to speak to the headteacher immediately.
Jamie looks sensible but he is actually quite immature.

inevitable, incorrect, indifferent, indoors, ineffective, insincere
The examiner told me that some of my answers were incorrect.
Unfortunately, the cancer medicine was ineffective.

international, intermediate, interpreter, interval, interfere, interest
My husband is working for an international company.
Maggie decided not to be a teacher; she is training to be an interpreter.

mid-July, midweek, mid-September, mid-sentence
I’m going to go out for a walk midweek.

monorail, monotone, monochrome, monotonous, monosyllable, monopoly
That song has a boring tune; it’s monotonous.
A monorail has just one rail.

Non- (note the prefix ‘non’ is usually used with a hyphen)

non-event, non-stop, non-smoking, non-alcoholic, non-member, non-resident
Sorry, this is a non-smoking building.
Non-residents are welcome in the restaurant.

outbreak, outgrow, outrun, outweigh, outbuilding, outspoken
He has outgrown all his baby clothes now.
Overall, the advantages outweigh the disadvantages.

pre-war, pre-recorded, pre-pay, pre-set, pre-tax
She has a pre-recorded message on her phone.
You can pre-pay for your dental treatment.

replay, rerun, re-record, re-write
She had to re-write her essay to get a higher grade.
The football match last weekend was a replay.

subtropical, subsection, sub-zero, subnormal, subsoil
They had to cope with sub-zero temperatures.
Much of North Africa has a sub-tropical climate.

supermarket, supernatural, super-tanker, super-rich, supervisor
Supermarkets have a greater range of products than local shops.
John has been my supervisor for the past year.

performance, allowance, disturbance, appearance, brilliance (nouns)
Tom is given a weekly allowance by his parents.
The police were called to a disturbance in the street.

pleasant, brilliant, disinfectant, servant, assistant, (nouns and adjectives)
We had a brilliant holiday in Spain.
He decided to employ an assistant.

activate, affectionate, regulate, electorate, mediate, fortunate (nouns and adjectives)
You can activate your PayPal account now.
His dog is well-behaved and affectionate.

presence, existence, occurrence, permanence (nouns)
I could feel a ghostly presence when I went into the room!
Most people dispute the existence of ghosts.

different, resident, president (nouns and adjectives)
She has been a resident in this area for many years.

carpenter, painter, hotter, bigger, diner, photographer (nouns and adjectives)
He is training to be a painter.
She would love to be a photographer.

bravery, machinery, bakery, flattery (nouns)
You can buy bread at the bakery.
The fireman was praised for his bravery.

beautiful, wonderful, colourful, eventful, restful, careful (adjectives)
It was an eventful day.
I hope you have a wonderful holiday!

terrible, horrible, visible, edible (adjectives)
Is that plant edible?
Our house is visible from the road.

decision, promotion, completion, election, exhaustion, deception (nouns)
The results of the election will be announced tomorrow.
She made an important decision today.

Cubism, socialism, criticism, heroism (nouns)
Cubism was one of the most influential art movements of the twentieth century.

childish, selfish, reddish, snobbish, Spanish, English (adjectives)
She looks grown-up but she is a little childish.
He has reddish hair.

socialist, novelist, guitarist, pianist, sexist, racist
She is a brilliant guitarist.
Sexism and racism are not to be tolerated in schools.

creativity, popularity, regularity, sexuality, eventuality, familiarity (nouns)
Her strength is her creativity.
Jenny carefully planned her trip to allow for any eventuality.

creative, positive, negative, transitive, explosive, detective (nouns and adjectives)
My brother-in-law is working as a private detective.
My mother is a creative person.

careless, ruthless, pointless, meaningless, tasteless, powerless (adjectives)
It was a careless mistake.
Sorry, but this soup is tasteless.

permanent, government, employment, arrangement, management (nouns and adjectives)
She is really pleased that she now has a permanent job.
Have you got any management experience?

shyness, loudness, sadness, loneliness (nouns)
He had to try hard to overcome his shyness.
Loneliness can be a big problem for older people.

friendship, hardship, fellowship, premiership, citizenship (nouns)
He has kept his friendship with Tony going for 20 years.
They suffered a lot of hardship when they first arrived in the country.

closure, fracture, measure, exposure, failure (nouns)
He said the marriage broke down due to a failure to communicate openly.
She was disappointed about the closure of the business.

funny, scary, wintry, feathery, scaly, messy
My room is always messy!
It was a beautiful wintry scene on Christmas Day.

Questions 6-10. Match the prefix with the word.