There are a range of Russian mistakes in English that arise due to confusion between two or more words with similar meanings. 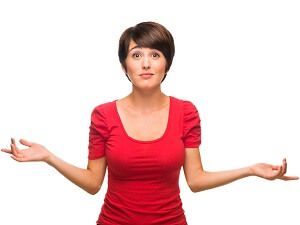 In some cases, Russian may have one term where English has two (or vice versa) and there may also be differences in the usage of a given word depending on the context. If we understand where English and Russian diverge, we can see where mistakes are likely to occur and learn the correct collocations.

Take a look at the following list of words commonly confused by Russian speakers of English. Some analysis of the root causes behind these errors and brief usage guidelines have been added for each entry.

This Russian mistake is extremely common due to the fact Russian uses the word “делать” in certain contexts where English would use “make” or another word. For example:

“I DID a mistake when I was MAKING a photograph because I didn’t know how to use the camera.”

In English, the correct forms are: “make a mistake” and “take a photograph”. Russian uses the word “делать” (do) in both cases: “делать ошибку” and “делать фотографию” (or uses the verb фотографировать, lit. to photograph).

It may be best to think of these words in the following way:

Russian has the words “удобный”, “комфортный” and “комфортабельный” – all of which can translate as “comfortable”. The second and third terms are a more recent borrowing into the language and carry a narrower meaning than the first. These words would never translate as “convenient” as they are connected with physical comfort or a sense of feeling comfortable around others. The problem arises with the word “удобный”, which can mean either “comfortable” or “convenient” depending on the context.

Russian mistake: “When would be a COMFORTABLE time for us to meet?”

The distinction here is fairly straightforward:

Brits studying Russian are generally taught that “say” is “говорить” and “tell” is “сказать”. However, this is not always the case and English lacks this imperfective/perfective verb distinction anyway. In English, we could say something like: “My dad is always TELLING me to work harder” – but this could not be “сказать” in Russian as it is a routine or repetitive action and therefore imperfective.

It is better to think of “tell” as being a process of informing a specific person/audience about something. You could be telling (рассказывать) them a story, a joke, how to do a given task (explaining) or giving information about what you did last weekend. This is a one-way process and the verb “tell” must be followed by a direct object (e.g. tell you/me/him/the boss). On the other hand, “say” is more generally used to report what someone else has said and can be used without a direct object. Have a look at these examples:

“John SAID his grandmother got offended when he TOLD her the joke about the angry pirate!”
“What did she SAY when you TOLD her about your gambling addiction?”

Russian mistake: “Why did you SAY me that you would be home at lunchtime?”

This distinction can be a difficult one to make because British and American English usage differs. When it comes to toilets and phone lines, British English uses “engaged”, where American uses “busy”. Brits would use “busy” about a person who has no time or about a hectic work schedule. We can also use “engaged” to mean the person has agreed to marry someone but is not yet formally married. The word “occupied” is rather formal but can sometimes be used instead of “engaged” when talking about the bathroom/toilet, but using “occupy” to mean “busy oneself with” is now rare in modern English. Compare these examples:

“Robert is a very BUSY man and his mobile phone is always ENGAGED.”
“The upstairs bathroom is OCCUPIED but the downstairs toilet is free.”

Another example of this type of confusion based on differences between British and American English is with “backside” and “other side”. In British English, your “backside” is the thing you sit on! In American, it means “the other side” of something and has no unusual associations. That’s why it would be strange for a Brit to receive a postcard from a Russian with the line: “When I saw the picture on the backside, I immediately thought of you!”

Generally speaking, positive clauses take “some” (I have some…) and negative clauses take “any” (I don’t have any…). In questions, it is more usual to use “any”. However, if we expect an affirmative answer, we can use “some”. For example: “Do you know if there’s ANY bread left?” or “Do you want SOME tea?”

The problem arises when we look at Russian and find that in many contexts there is no need to translate “some” and “any” into words like “некоторые”, “немного”, “какой-нибудь”, etc. Therefore, remembering to include and use “some/any” correctly can be difficult for Russians.

Sometimes we can omit “some/any” in English without the meaning being altered, as in the second of the examples above. The other two examples would sound strange without “some/any”.