Do you know your ‘ons’ from your ‘ins’ or your ‘ats’ from your ‘tos’? If you experience difficulties with English prepositions, then you are not alone. 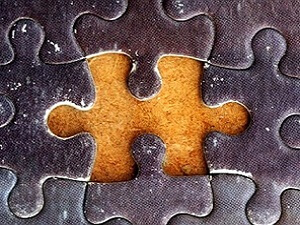 Many ESL students find these tricky little words a source of constant frustration. Although prepositions may sometimes appear insignificant, they play a vital role in explaining the relationships between words in a sentence. Anyone wishing to speak English fluently should pay close attention to their use of prepositions as misuse often leads to confusion.

In English grammar a preposition is a word used to say something about a noun. It frequently explains the relationship of the noun to another word or phrase in the sentence. The most common English prepositions are short words like: ‘to’, ‘in’, ‘on’, ‘at’, ‘for’ and ‘by’.

The problem is that there are a lot of prepositions in the English language and their usage doesn’t follow any simple set of rules. The only way to use prepositions in English correctly is to learn them individually and in context.

There are reportedly over 150 prepositions in the English language and many of these will function differently depending on the contexts. There are about 100 single word prepositions and more than 50 multiple word prepositions such as: ‘due to’, ‘as for’ ‘far from’ and ‘as opposed to’. The good news is some of these are archaic and not used in modern British English. Old fashioned English prepositions such as ‘overthwart’, ‘betwixen’, and ‘ayond’ are largely consigned to the history books. However, other outdated prepositional forms are occasionally used, these include: ‘betwixt’, ‘neath’ and ‘gainst’. You are most likely to see these in a literary or poetic context.

In addition to the large numbers of English prepositions in common use, there are also some other challenges for ESL students. These are associated with the logical application of English prepositions versus some rather illogical examples. To demonstrate this, it makes perfect sense to say: “Please place the book on the table.”, “Take a taxi to the station” or even “The cinema is next to the restaurant”, but what about “My mother is talking on the phone”. If you try to interpret this last statement in a literal sense it places the poor lady in quite an uncomfortable position! Therefore, it is important to distinguish physical/literal from more abstract usage.

Learning to use British English prepositions

One thing that is consistent in the use of English prepositions is that they always relate to a noun. Normally, a preposition comes before a noun as shown here:

Julia called for help.
The postman was at the door.

However, sometimes it sits very comfortably at the end of a sentence as in these examples:

The meal had not been paid for.
The tennis match was rained off.

If you find the whole subject of British prepositions confusing, here are 5 study tips to help you understand them better: